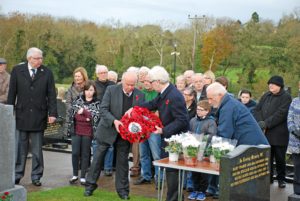 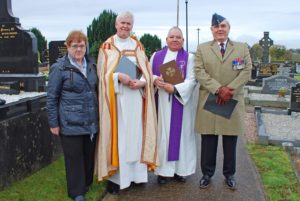 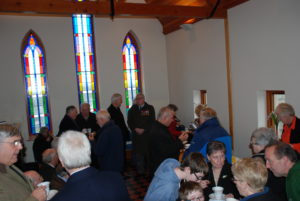 A Liturgy of Remembrance for those who lost their lives in War was held at the War Graves in St Joseph’s graveyard on Saturday 12 November.2016
11 young airmen, 4 Royal Canadian Airforce, 1 Polish Air force, and 6 R.A.F. are buried in the graveyard.

Parishioners were joined by members of other Churches and from the Royal British Legion.

After the ceremony refreshments were provided in the Church Annex.